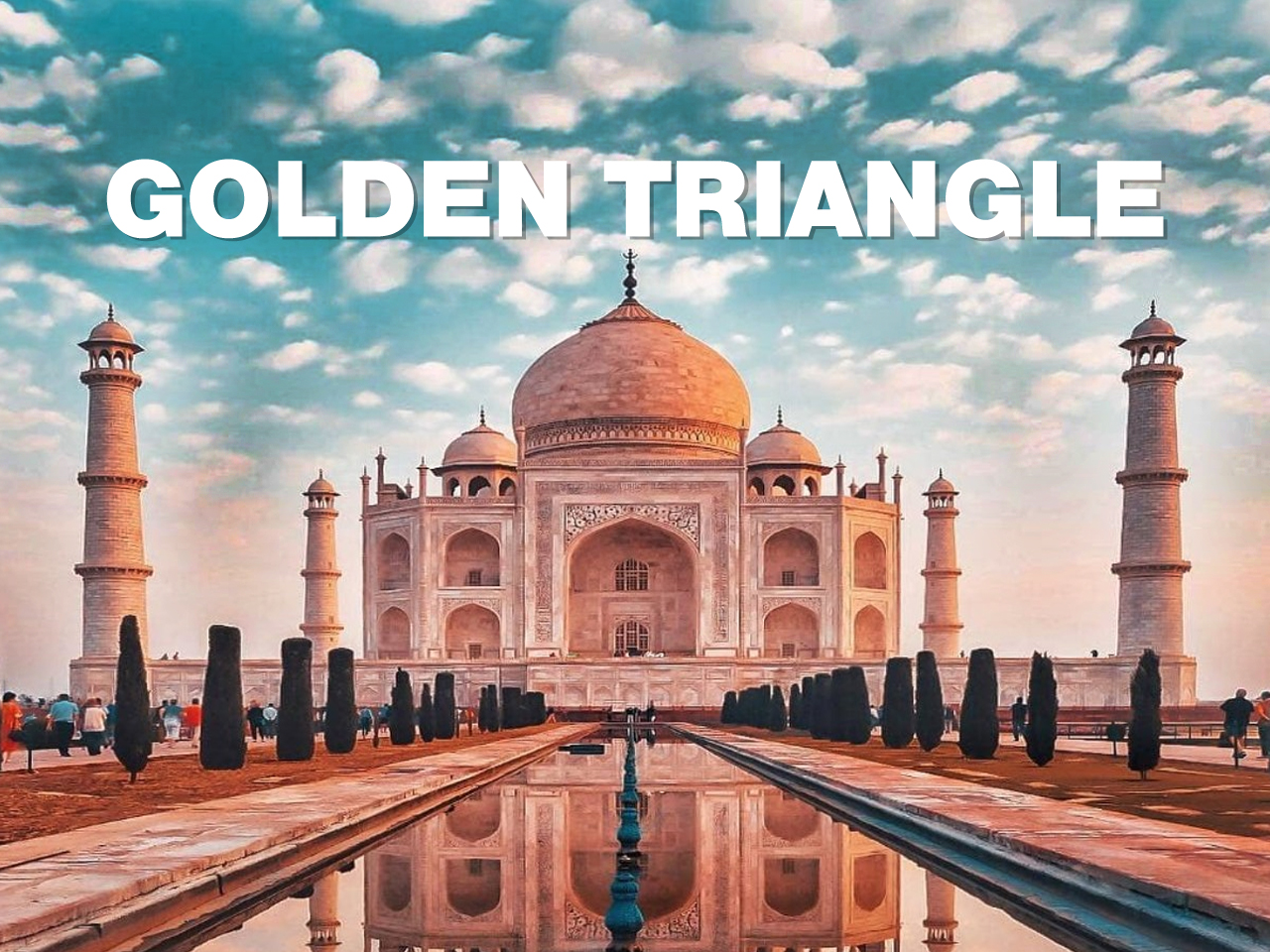 On your arrival at the Delhi airport / railway station you would be met by our representative and proceed to the hotel.

India’s capital and a major gateway to the country, contemporary Delhi is a bustling metropolis, which successfully combines in its folds - the ancient with the modern. Amidst the fast spiraling skyscrapers the remnants of a bygone time in the form of its many monuments stand as silent reminders to the region’s ancient legacy. The first impressions for any visitor traveling in from the airport are of a specious, garden city, tree-lined with a number of beautiful parks.

After check into the hotel and relax.

After breakfast, proceed for city tour of Old and New Delhi.

Begin with Old Delhi, the Mughal Capital of Shahjahanabad. Visit the Jama Masjid – is the principal mosque of Old Delhi in India. Commissioned by the Mughal Emperor Shah Jahan, builder of the Taj Mahal, and completed in the year 1656 AD, Later we proceed to visit Raj Ghat where Mahatma Gandhi – The Father of Nation, was cremated and drive pass the Red Fort [ from outside] - the palace for Shahjahan new capital, Shahjahanabad, the seventh Muslim city in the Delhi site. Wander in the busy streets of the mile long Chandni Chowk, popularly called “The Silver Street”. Enjoy the ‘Cycle Rickshaw’ ride in Old Delhi.

Post lunch you will be taken for a tour to New Delhi, which reflects the legacy the British left behind. New Delhi in contrast, is a city trying to live up to the best of 21st century standards.  The tour to Imperial Delhi will start by visit to the Qutab Minar, the tallest stone tower in India.  The Qutab Minar was started in 1199 AD by Qutab-ud-Din Aibak and completed by the sultan's successor and son-in-law, Iltutmish. The Qutab Minar is still the highest stone tower as well as one of the finest Islamic structures ever raised in India. Later visit Humayun’s Tomb, built by the widow of the second Mughal Emperor, Humayun, it is an outstanding monument in the Indo-Persian style, a precursor of the Taj Mahal. The tour also includes a drive past the imposing India Gate, the Parliament building and the Rashtrapati Bhawan, the President’s residence.

After breakfast drive to Agra. On arrival proceed to hotel for check in. After fresh n up Proceed for the sightseeing.

Agra - in terms of ambiance is still associated with its Mughal period. The Mughals besides being great rulers were also great builders and they preserved their best architectural wonders for Agra & its neighborhood. It has many wonderful monuments and the Taj Mahal, the greatest of them all, is a masterpiece of Mughal architecture at its best.

Visit the Taj Mahal. Taj Mahal (closed on Friday) - The Taj Mahal is everything that has been said about it and more. Built by the Mughal Emperor Shah Jahan as an expression of his love for his wife Mumtaz Mahal, in mid-17th century, the Taj Mahal is truly one of the wonders of the world.

Later drive back to the hotel and overnight stay.

After breakfast proceed check out from the hotel and proceed to visit Agra Fort, an outstanding example of Mughal architecture. Visit its Hall of Public Audience and its Royal Pavilions. Besides the historical monuments, one can also explore Agra’s rich heritage of handicrafts in its markets.

After the visit drive to Jaipur enroute visit Fatehpur Sikri - the deserted red sandstone city was built by the Great Mughal Emperor, Akbar, as his capital and palace in the late 16th century.

On arrival at Jaipur and transfer to hotel. After check into the hotel rest of the day free for leisure.

The capital of Rajasthan Jaipur - popularly known as the “Pink City “as the Pink sandstone was used to construct the buildings in Old walled city. The architect who formalized the city’s plans on the Shilpa Shastra, the epic Hindu treatise on architecture, mixed it with the sublimity of the Mughal and Jain influences of those times. The city was painted pink in 1853 in honour of the visit by Prince Albert. Except for the busy traffic of bicycles, cars and buses, little seems to have changed.

After breakfast visit Amer Fort, the old fort of the Kachhwaha clan of Amber. The fort is built with white marble and red sandstone and looks even more attractive because of the Maota Lake in the foreground. An elephant – Cost not include in package [Subject to availability/alternatively by jeep] will spare you the trouble of reaching up to the fortress. Once on top, stroll through the sprawling complex of courtyards and halls.

Later visit the City of Jaipur. Among the highlights to be seen while touring Jaipur include the City Palace, which is an overwhelming complex of exquisite palaces, gardens and courtyards, decorative art and carved doorways. Walk to the adjacent Jantar Mantar or Astronomical Observatory made by the Maharaja of Jaipur. Jaipur is a shopper’s paradise. Most of the bazaars are in old city with wide range of things to buy, from jewelry (precious and semi-precious stones) to textiles to handicrafts and antique. No doubt for an avid shopper “Jaipur” is the choicest of the cities.

After breakfast check out from the hotel Jaipur and transfer to Airport / Railway Station to board your flight / train for onward destination.