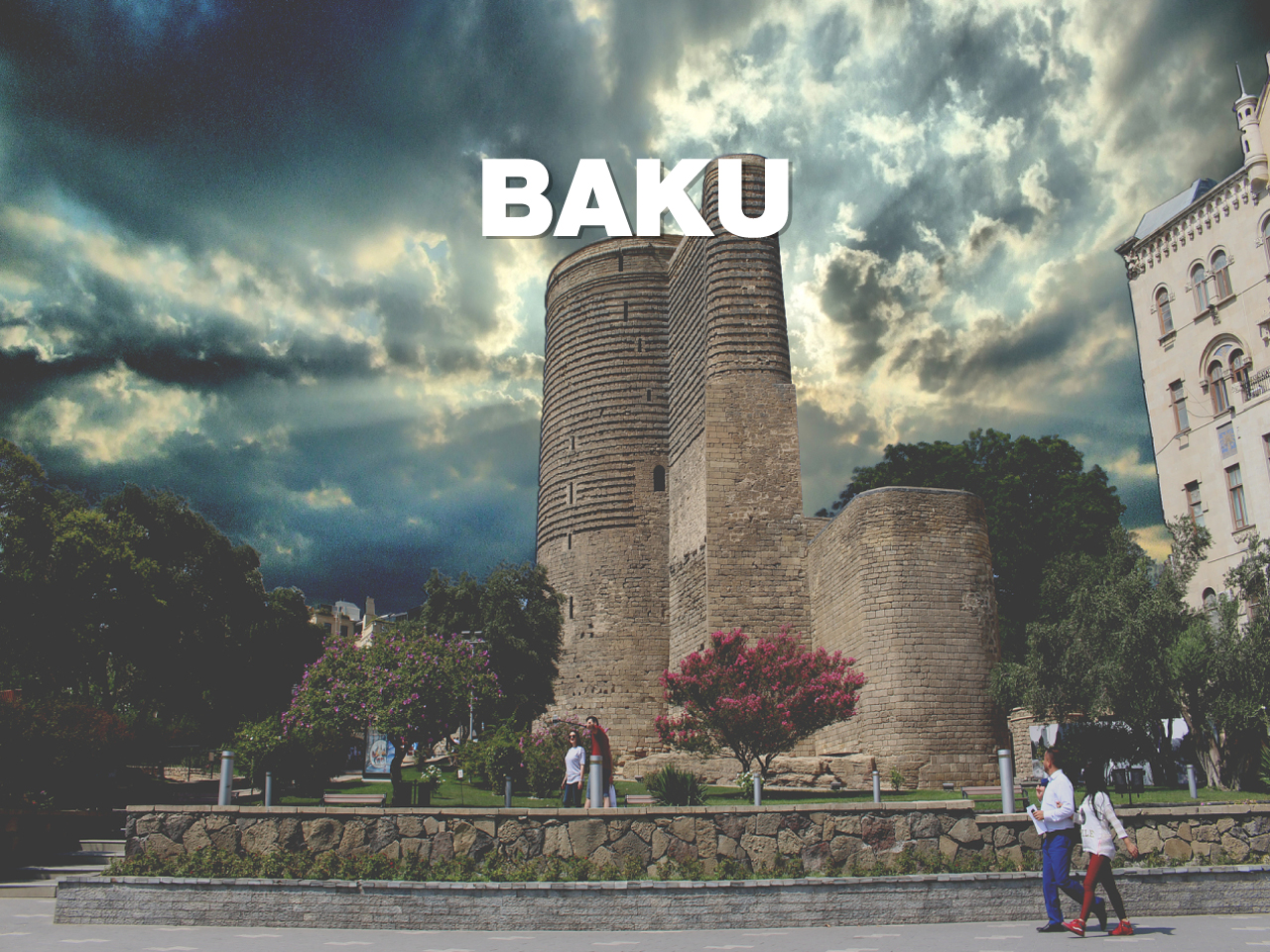 BAKU is the capital and largest city of Azerbaijan, as well as the largest city on the Caspian Sea and of the Caucasus region. Baku is located 28 metres (92 ft) below sea…

BAKU is the capital and largest city of Azerbaijan, as well as the largest city on the Caspian Sea and of the Caucasus region. Baku is located 28 metres (92 ft) below sea level, which makes it the lowest lying national capital in the world and also the largest city in the world located below sea level. Baku lies on the southern shore of the Absheron Peninsula, alongside the Bay of Baku. At the beginning of 2009, Baku’s urban population was estimated at just over 2,000,000 people.[5] Officially, about 25 percent of all inhabitants of the country live in Baku’s metropolitan area. Baku is the sole metropolis in Azerbaijan.

Welcome to Baku, Upon Arrival at Baku Heydar Aliyev International Airport after Immigration and baggage collection you will be transferred to the hotel. Hotel Check In @ 1400 hrs only.

Evening Proceed for Panoramic Tour of the Baku City – During this tour you could be able to visit Highland Park, Alley of martyrs, Flame towers (Outside view) & Baku Boulevard. After the tour transfer back to hotel. Overnight at Hotel.

Morning Breakfast at the hotel.

After the breakfast visit to with "Fire Mountain" - "Yanardag" - is a mountain on Absheron peninsula, 25 km from north of Baku. Literally, word "Yanardag" means "Blazing mountain". Blazing bodies of flame dance on stones and floor. Trip to Fire Worshippers’ Temple- The most famous fire temple is the well-preserved temple Ateshgah ("the Fire Place") in Surakhany, The temple was built over a pocket of natural gas that fueled a vent providing an 'eternal' fire.

Later proceed for a tour of the Old city - Icheri Sheher. During this tour you could be able to visit Maiden Tower, Shirvanshahs Palace & Shemakhe Gate. Maiden Tower (12th century Monument), Shirvanshah's Palace (15th century Monument). The Walled City of Baku with these architectural monuments is included in the World's Cultural Heritage of UNESCO) Baku- capital city is situated in the south-western part of the Absheron Peninsula.

After the tour transfer back to Hotel. Overnight at Baku

After breakfast visit to the Petroglyphs museum in Gobustan, the museum’s permanent exhibition includes 12 rooms which displays and highlights the significance of the history of Gobustan Petroglyphs

Later visit Gobustan Mud Volcanoes -Over a thousand mud volcanoes are known to exist in the world, and some 400 of those are in the coastal area of Azerbaijan. While mud volcanoes never grow to the size of a normal volcano, topping out at around 10 km in diameter and 700 meters in height, they do occasionally get the chance to show off, as happened in 2001. Later Visit the Bibi-Heybat Mosque – historical mosque in Baku, Azerbaijan. The existing structure, built in the 1990s, is a recreation of the mosque with the same name built in the 13th century by Shirvanshah Farrukhzad II Ibn Ahsitan II.

Transfer back to Hotel. Overnight at Baku.

Checkout from the hotel @ 1100 hrs. You will be free on your own till your transfer to Baku Intnl Airport. Board your flight back home with wonderful Memories.