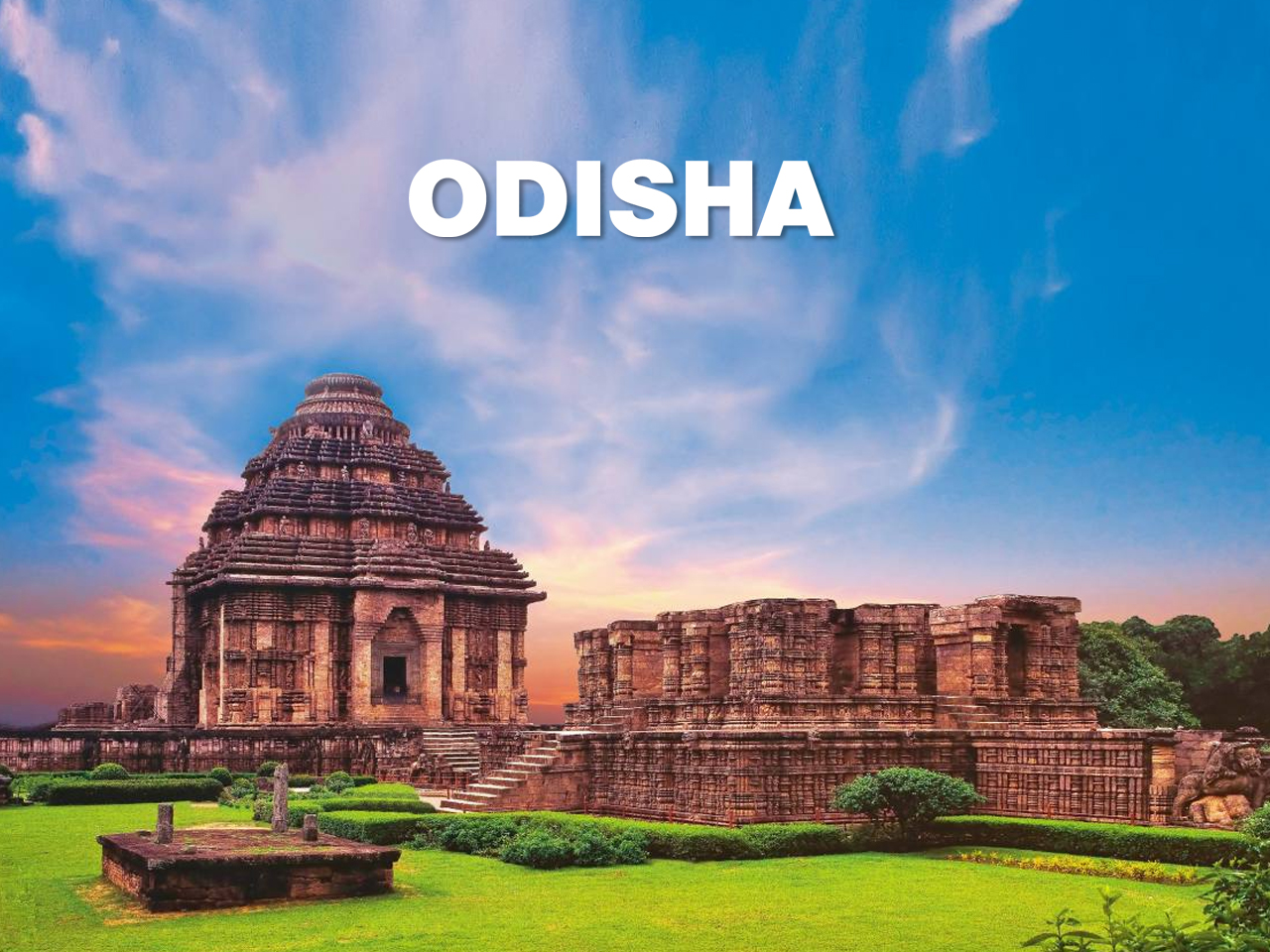 Odisha (formerly Orissa), an eastern Indian state on the Bay of Bengal, is known for its tribal cultures and its many ancient Hindu…

Odisha (formerly Orissa), an eastern Indian state on the Bay of Bengal, is known for its tribal cultures and its many ancient Hindu temples. The capital, Bhubaneswar, is home to hundreds of temples, notably the intricately-carved Mukteshvara. The Lingaraj Temple complex, dating to the 11th century, is set around sacred Bindusagar Lake. The Odisha State Museum is focused on the area’s history and environment.

Upon arrival at Bhubaneswar Airport/Railway station and transfer to Puri, one of the four must-visit pilgrimage sites for Hindus (Char-Dham). En-route visit to Chaushathi Yogini Temple, The temple is believed to be built by the Queen Hiradevi of Bramha dynasty during the 9th century. It's built in a circular fashion, completely put together with blocks of sandstone.

On arrival check in to the hotel & relax. After fresh up visit to 12th century world famous Jagannath Temple (one of the four dhams, Only Hindus are allowed inside the premises of Jagannath temple) one of the most majestic monuments of Odisha, was built by a famous king of Ganga Dynasty Ananta Varman Chodaganga Deva.

Evening enjoy at golden beach a fine coastline of Bay of Bengal with sun gleaming on the pristine waters of the beach. (Amazing sceneries of sunrise & sun set),

Back to hotel & overnight at Puri.

After breakfast proceed to Chilka, Asia’s largest brackish water lake & spreads across 1,100 sq km. The lake offers a flamboyant display of a myriad of avian charms in all diverse hues and colors, ranging from the white-bellied sea eagles to flamingos, and from golden plovers to sandpiper along with the vibrant variety of birds: both native and migratory one, the enthralling lake also offers scenic views of sunrise and sunset and a host of other options to choose from. The view of sunset & sunrise is a delight to watch.

Later visit the Irrawaddy Dolphins in nature and the Seamouth, Meeting point of sea & lake the point where the lake meets the sea. Verzin island, birds island, Nalavana. Then back to Puri, visit Gundicha temple, Sonargaurang Temple, enjoy at golden sea beach, then free time for shopping.

Later back to hotel & overnight stay at Puri.

After breakfast then drive to Konark en-route visit to Ramchandi temple, Chandrabhaga beach, cultural and traditional identity of Orissa, which is famous for its long stretch of golden sand bordered with casuarinas) Sun temple, The temple was build by King Narasimhadeo in the 13th century, it is counted among the 7 wonders of India, famous for world heritage site & also known as “Black Pagoda”.

Then back to puri visit to swargadyar, free time shopping at grand road then back to hotel & Overnight at Puri.

After breakfast check out from hotel then drive to Bhubaneswar visit to Pipplli - Applique work village, Dhaulagiri is one of the famous Buddhist destinations in India, where Mauryan Emperor Ashoka renounced the path of violence and embraced Buddhism, after witnessing the devastation of Kalinga war & also known as “Peace Pagoda” , Lingaraj Temple - Dedicated to Harihara, a combination of Lord Shiv & Vishnu, this temple was constructed in the 11th century, by Jajati Keshari, a Somavanshi king, Mukteswar temple - This temple that this become famous as “Gem Of Odisha Architecture”, and Rajarani temple - This temple is an 11th-century Hindu temple major attractions of the temple consist of the elaborately carved figurines, Persurameswar Temple, then check in to the hotel & relax.

After fresh up visit to Khandagiri & Udayagiri caves Old rock cut caves, built by Mahamegha vahana Aira Kharabela, then back to hotel & overnight stay at Bhubaneswar.

After breakfast check out then visit to Nandankanan Zoo (This zoo is famous for variety wild life sanctuary & also famous for white Tiger & Lion Safari (Closed On Monday), then drop at Bhubaneswar Airport/ Railway station by evening.